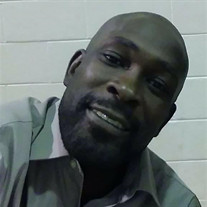 Kwabena A. Agyapong Obituary Kwabena A Agyapong, was born on October 8, 1974, in Washington, D.C. to Dr. Kofi Agyapong and Nana Akosua Kyerewaa. Affectionally called, “Nana.” he received his earthy wings and departed life on July 26, 2021. Kwabena excelled as a student in Ghana and Washington DC public schools. He was a friend to everyone, and he loved being around and interacting with people from all walks of life. He was able to achieve this goal by working as a manager of a shoe stores and driving Uber. A natural comedian, he cherished making people laugh. He stayed abreast of the latest dance steps, a skill that won him many admirers. His appreciation and passion for music led him to becoming an amateur rapper. He often spent hours entertaining himself with his beloved video games. He also admired cars and enjoyed car watching. Kwabena was genuinely concerned about people, about what people felt and thought. All who knew Kwabena, knew he was a mechanical genius and could fix anything around the home. Kwabena was a wonderful son, father, brother, uncle, and friend to all who were blessed with his presence. He struggled most of his life with borderline health challenges and did everything he could to address them with the loving support of his beloved family. Kwabena leaves to cherish his memories his only son Christopher Agyapong; the mother of his son Maribel Serrano, Christopher’s mother; his father Dr. Kofi Agyapong; his birth mother Nana Akosua Kyerewaa; his stepmother Carolyn Kennedy, his brother Yaw Agyapong, 2 sisters Adwoa Konama Yankey and Nana Ama Agyapong and a host of other relatives and friends. Funeral services will be held at March Life Tribute Center Funeral Home, 7601 Sandy Spring Road, Laurel, MD 20707, 11:30 AM, August 21. Visitation at 10:00 AM. Interment at Ivy Hill Cemetery, 1201 Sandy Spring Rd. Laurel, MD 20702. Memorial contributions may be made in Kwabena’s name to Dr. Kofi Agyapong.

The family of Kwabena A Agyapong created this Life Tributes page to make it easy to share your memories.

Kwabena A. Agyapong Obituary
Kwabena A Agyapong, was born on...

Send flowers to the Agyapong family.