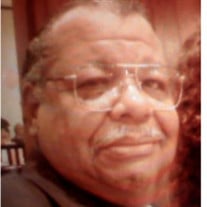 Joseph Calvin Kirby, Jr. “Joe” was born on September 6, 1946, to the late Joseph and Dorothy Kirby. He was educated in the DC Catholic School System. He furthered his education at University of District of Columbia. He went into the Army in 1964 to 1967 and then did 25 years of government service. He retired as an Accountant Supervisor from the Quarter Financial Report of the Census Bureau. And was the Captain of the Sweet Spot. Joseph had one son, named Joseph C. Kirby III, who proceed him in death on September 26, 1996. Joe loved spending time with his two grandchildren, Janice Carney, and Joseph C. Kirby IV, and great grandson, name Cameryn Carney. He fell in love with and married Mirvat Suleiman, whom have been together for 27 years. Joe, like his brother Mike, was always the life of the party and loved spending time with family and friends. He was brilliant and could speak on any topic for hours. He was funny and had a great sense of humor. Joe loved the water, boating, and the beach and even the captain of his cherished boat, The Sweet Spot. Joe was an equestrian, too! He loved Jazz and loved to dance, especially Hand-Dance. Cooking and barbecuing were two of his favorite talents, and he was known for his famous chili! On June 9, 2021, Joseph passed away due to sudden illness. He kept his witty sense of humor, his courage, and his optimism to the end. Joe leaves to cherish his memory, his best friend and dedicated wife, Mirvat Suleiman; two grandchildren, Janice Carney (Leonard), and Joseph C. Kirby, IV; one great grandson; Cameryn Carney; one living sister, Angela Kirby-Conway, one living brother, Mark P. Kirby, Sr. (Michele) and sister in law, Shelia Kirby’ two siblings who preceded him in death, Gloria Copelin and Michael O. Kirby, Sr.; four nieces, Vanessa and Donna Copelin, Erin Watts (Kevin) and Carmen Conway; three nephews, Michael O Kirby, Jr., Stephen Kirby, and Mark P. Kirby, Jr. (Reane); three great-nephews; Terrence Mason, Ricardo and Ramone Woolfolk; one great-niece; Ra’chel Veney; and Suleiman family; mother in law, Samia Suleiman; and four brothers, David (Agnes), Marcus (Nancy), Sammy, and Willed Suleiman; two nephews, Sammy Ramiece Suleiman Jr. and David Rosado Suleiman Jr., three nieces, Beatrice, Madisyn, and Ayva Suleiman; host of other relatives. Close personal friends, Rod and Renee Alexander, and host of other friends.

Joseph Calvin Kirby, Jr. &#8220;Joe&#8221; was born on September 6, 1946, to the late Joseph and Dorothy Kirby. He was educated in the DC Catholic School System. He furthered his education at University of District of Columbia. He went into... View Obituary & Service Information

The family of Joseph Calvin Kirby Jr. created this Life Tributes page to make it easy to share your memories.

Send flowers to the Kirby family.