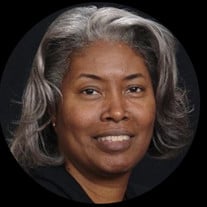 OBITUARY FOR CYNTHIA GREEN WARREN April 27, 1958 – April 15, 2020 Cynthia Green Warren, a retired Baltimore attorney, beloved mother, daughter and sister, died at home on April 15 in New York, New York following a brief battle with cancer. Ms. Green Warren was a native of Baltimore City born on April 27, 1958 and a longtime resident of Baltimore County. She moved to Harlem earlier this year to be near her daughter, Alice Warren. Known as Cindy by her family and friends, she was a kind and loving soul, with a great intellect, immense curiosity, and an unwavering commitment to lifelong learning. Ms. Green Warren was born and raised in the Ashburton neighborhood of Baltimore. She graduated in 1975 from Roland Park Country School, where she served as editor of the school paper and was elected to the Cum Laude Society. As a teenager she worked as an assistant for Baltimore City Councilman, Norman Reeves and graduated from the Baltimore City Chapter of Jack and Jill of America. Ms. Green Warren was raised and confirmed as a Presbyterian in the Trinity Presbyterian Church in the Walbrook neighborhood. In more recent years she attended Mt. Pleasant A.M.E. Church in Reisterstown. Ms. Green Warren left Baltimore for New Haven, Connecticut where she earned a bachelor’s degree in 1979 from Yale University and graduated magna cum laude with a major in East Asian Studies. She was fluent in Mandarin and spent her Junior abroad in Taipei, Taiwan where she worked as an English language tutor and lived in the home of a local family. After graduation, she was the recipient of The Corning Fellowship which enabled her to study and travel extensively throughout Asia and Africa. Ms. Green Warren was married to Nathaniel Warren at the Trinity Baptist Church in 1983 in Baltimore City and later divorced after more than 15 years of marriage. A 1984 graduate of Harvard Law School, Ms. Green Warren was admitted to the Maryland State Bar Association that same year. During law school she worked summers at the Trust for Historic Preservation in Washington, DC and for a short period at Cox Communications when it was a startup venture. She returned permanently to Baltimore and served as a Law Clerk for Judge Kenneth Johnson in the Baltimore City Circuit Court, 8th Judicial Circuit. She began her formal legal career as a tax attorney with Alexander and Alexander, the insurance brokerage company, out of their Towson offices from 1985 - 1987. Ms. Green Warren then joined the Maryland Office of People’s Counsel (OPC), the oldest utility consumer advocacy office of its kind in the United States where she served as Assistant People’s Counsel for 25 years and retired in 2013. Following her retirement, she attended classes and earned a second bachelor’s degree at University of Baltimore in the Real Estate and Economic Development (REED) Program with a goal of launching a second career in community planning and real estate investing. She also participated in the Masters of Fine Arts in Creative Writing program at University of Baltimore, as she had a love of writing and hoped to publish a novel one day. Ms. Green Warren was devoted to her daughter who was born in 1984 and was proud to have been part of a legacy family, following Ms. Warren’s graduation from Yale in 2002. Her daughter shared that “My mom was an extremely loving person who put the needs of others above her own. She always did her best to take care of me and remind me how much she cared. She was my true confidant and gave me so much wisdom. I don’t know how I will be able to go on without her and I will miss her every day.” Cindy will be remembered by her lifelong friends as a loving, kind and brilliant person. “We are heartbroken by her death” said her college roommate Dorothy Bonnet of Germantown, Maryland. A lifelong fan of the big screen, Ms. Green Warren could be found at the movie theatre on any given day. She enjoyed being a student again at University of Baltimore and was actively involved in programs on campus. Ms. Green Warren was also a student of art history and enjoyed visiting museums locally and in Washington, DC. Due to the coronavirus pandemic, the family will hold a small private graveside service with plans for a memorial to be held in the future. In lieu of flowers the family has asked that donations be made in memory of Ms. Green Warren to University of Baltimore c/o the REED Program. No words can describe the sadness felt by loved ones left behind which include her daughter, Ms. Green Warren is survived by her mother, Lorraine Green of Owings Mills, MD; her only sister Lisa Green Hall and only niece Leah Hall of Silver Spring, MD; her son-in-law, John Unachukwu of Harrison, NJ; her aunt Deborah McCrimmon of Owings Mills, MD; her aunt Brenda Thompson of Millersville, MD; her aunt Sarah Thomas of Pikesville, MD; and her Aunt Fannie Thomas of Greenspring, MD; and countless cousins. She was preceded in death by her father, Sampson Green, Jr. and her brother-in-law Randolph Hall.

The family of Cynthia Green Warren created this Life Tributes page to make it easy to share your memories.

Send flowers to the Warren family.