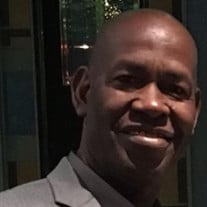 Clifton Collie Smith, husband of thirty-three (33) years to his devoted wife – Geneva transition on Sunday, October 17, 2021 with his family by his side in Washington, D.C. He was the son the of the late Rachel Carridice and Darius Smith. Clifton was a dedicated and supportive husband, father, grandfather, brother, uncle, nephew, cousin, step-father and son-in-law to Gwendolin Brown along with his other relatives and friends. Clifton Smith was born on January 6, 1958 in Manchester, Jamaica. He attended Porus Primary School and Porus High School formerly Porus Secondary School. He was an active and avid sportsman. As a youth during the 1960’s and 1970’s, Clifton embraced and excelled in Jamaica’s national sport – Cricket. He was a pace bowler and batman on his school’s Cricket team. In 1978, Clifton enlisted in the Jamaica Constabulary Force (JCF) where he was assigned to the Harmon Barack Police Station in Kingston, Jamaica. After nine (9) years, he resigned and migrated to the United States to join his mother in Washington, D.C. in 1987. Upon immigrating to the United States, Clifton started working at the Carlton Hotel, which later rebranded as the St. Regis Hotel in Washington, D.C. He was employed there for thirty four (34) years. During his tenure, he attended and graduated from Excel School in Washington, D.C. with certification in Auto Machines. He was well respected and excelled in his various positions. He attended church at Lighthouse Ministries International in Beltsville Maryland. Viewing will be held on Thursday November 4, 2021 at March Life Tribute Center located at 7601 Sandy Spring Road in Laurel, Maryland - from 6:00 p.m. to 8:00 p.m. Homegoing Services will be conducted on Friday November 5, 2021 at 10:00a.m. at Lighthouse Ministries International located at 10727 Tucker Street in Beltsville, Maryland. Interment will immediately follow at Fort Lincoln Cemetery in Brentwood, Maryland.

Clifton Collie Smith, husband of thirty-three (33) years to his devoted wife &#8211; Geneva transition on Sunday, October 17, 2021 with his family by his side in Washington, D.C. He was the son the of the late Rachel Carridice and Darius Smith.... View Obituary & Service Information

The family of Clifton Collie Smith created this Life Tributes page to make it easy to share your memories.

Clifton Collie Smith, husband of thirty-three (33) years to his...

Send flowers to the Smith family.