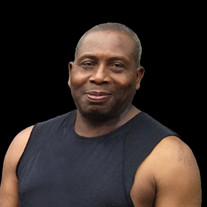 Clarence C. Wright son of the late Frances Smalling and Charles Wright of St. Elizabeth, Jamaica was born on October 7, 1949 in Middlesex, St. Elizabeth. He attended the Holland Primary School and later joined KWI Contractors where he was trained as an Apprentice Welder. After successfully completing his training at KWI Contractors, Clarence pursued a career as a welder at Jamaica Wells. He was also a minibus operator and businessman. On August 23, 1971, Clarence married his wife Madge. He was blessed with 5 children. “Wrightie” or “Don” as he was affectionately called wore many hats. He was a son, a husband, a father, a grandfather, a brother, an uncle, a brother-in-law, a friend, an employee, a co-worker, a businessman, and an employer. Clarence was a kind, compassionate, humble and God-fearing man. He believed in the importance of education and wanted his children to excel. Education meant a lot to him. He didn’t get much of it but he wanted all his children to excel academically. He was a true friend to many and valued his family and friends. He loved politics and sports and was a football/soccer fan. He loved to debate world issues and politics with friends and family. He always encouraged others to express themselves. He always allowed his children to speak their minds even when he didn’t agree with their opinions. He was a disciplinarian and in his later years he gave his life to the Lord. He believed strongly in the power of prayer. He taught his children to respect themselves and others. In fact, he insisted on it and non of them dared to do otherwise. He was a boxer in his younger years and carried that presence in other areas of his life. Clarence migrated to the United States with his family. He worked in the lab and as a mixer operator for Virginia Concrete (formerly Florida Rock) until his retirement. He became ill in October 2019 but despite the challenges of his illness, he still believed in prayer, and it was a part of his daily existence. Unfortunately, he succumbed to his illness on March 18, 2022. He will be missed by close family and friends. He is survived by his wife Madge, 5 children - St. Osbourne (Sean), Andrea, Max, Congdon (Connie) and Jenaae, 5 grandchildren - Ariel, Xavier, Rushaad, Tarek and Lianna, 2 brothers - Clifton and Leon and other relatives and friends.

Clarence C. Wright son of the late Frances Smalling and Charles Wright of St. Elizabeth, Jamaica was born on October 7, 1949 in Middlesex, St. Elizabeth. He attended the Holland Primary School and later joined KWI Contractors where he was trained... View Obituary & Service Information

The family of Clarence Charles Wright created this Life Tributes page to make it easy to share your memories.

Send flowers to the Wright family.